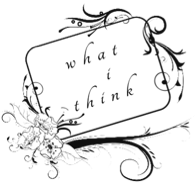 Although the sonic bedrock of rap is accessible enough I've not been that inclined to it as a musical genre. I’m just not readily disposed to guys talking over tracks whether they be DJs, poets or black street-kids. Also the attendant posturing is annoying. All that “yo yo” stuff feels like a whole different thing, entirely off limits to people with the wrong skin colour. It’s about as culturally relevant to me as men in cowboy hats.

Contrast the major black icons of 20th Century American music: from the spark of Louis Armstrong paving the way for decades of exploration and genius from such as Ellington, Parker, Davis and Coltrane; then into the modern era with Herbie Hancock, Quincy Jones, Stevie Wonder, and Michael Jackson. There was no shortage of female giants too from Billy to Ella to Aretha. These names only skim the surface.

I’m grateful to Stanley Crouch for pointing out with reference to Ellington that there was an inclusiveness to his music, that it had a welcoming quality to it. Crouch described this as the highest form of humanity. Centrally it exemplified what music had always been about: it pulled people together. I think you could say that about many of these artists mentioned and their contemporaries.

It seems to me that if Ellington was saying “come on in”, then rap is saying “fuck you!” It is in the spirit of exclusivity. Delivered in this way with all the aggression and attitude it can muster it represents something of a departure and that’s why it repels me.

I’m grateful to Stanley Crouch for pointing out that

Ellington's music had an inclusiveness to it

THE SOUND OF FUCK YOU